Barcelona was fun. But to see more I think I would need to have a local show me round.
Me and Ted arrived on Thursday late night and Ted leaves on Monday at midday. It is Sunday now and I have spent most of the day in bed. We woke up around 13:00 after a seriously heavy night, somehow managed to get out the hostel and see a couple of Gaudi buildings.

We saw the Sagrada familia on Saturday and it was incredible. I have never been so awestruck by a building. The details and shapes of the structure were so obscure I felt I could stare at it for hours. And it is also huge which I didn’t expect. Even the pyramids were nothing on this.

Afterwards we went to the Gaudi Park, but it was a big disappointment, you can see some of his stuff as you walk around but in order to see most of it you have to pay, we saw about 3 or 4 different ticket offices for various areas as we walked through.

One of the days we did a walking tour and that was a big highlight. I think I will try to do one in every city I visit from now one. It went on for slightly too long in the end but the information on the various locations was really interesting and if we had just walked that route without a guide we would have passed all the points without much thought. 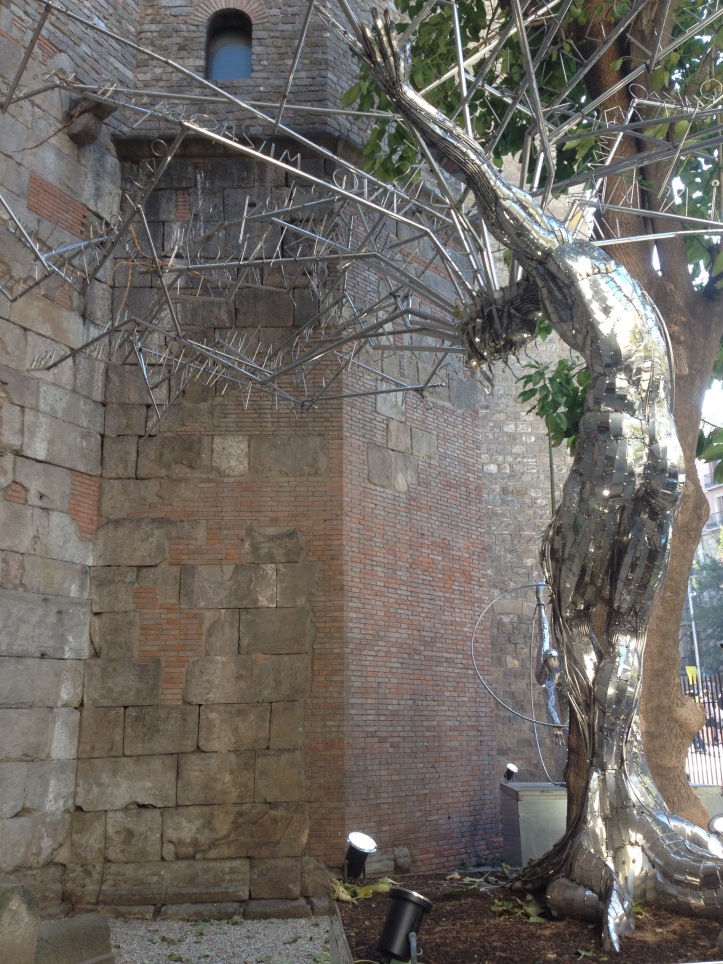 So I got everything I wanted to done, including tapas, although the tapas was kinda rubbish.

Oh and my bag got stolen.

Before I came here I was warned by pretty much everyone who had been, about robberies and pick pockets. But people say that about Brazil and it never happened. Me and Ted went to look for a restaurant recommended by the walking tour guide. We walked for about ten minutes and when we reached the street we went in to one of the first restaurants we saw. There was one other couple at the bar and apart from that the place was empty so I felt comfortable to put my bag on the floor by the table. I turned around for 30 seconds to look at the food and within that time a guy walked in behind me and took the bag. No one saw him and it wasn’t until I left that I realised my bag was gone.

After some persuasion the owner let me watch the cctv. And it wasn’t until he finally saw it happen that he started to be a bit nicer and believe that I even had a bag to start with.

Lesson learned, just because it’s Europe doesn’t mean it’s safe. Luckily I only had my iPod, camera and hat in there. Although Angelica bought me that hat and I had only bought that camera (£30 from oxfam) the day before leaving for here, and I had been looking for it for weeks. It was the best camera I have had and I was looking forward to some really nice photos like I had taken in Thailand.

We also saw a guy chase this dude out of a cafe we were at. I think the robber had taken his phone off the table.

So that’s Barcelona done for now. I’d love to come back with a skateboard though as the city is so skater friendly. That is all. Goodbye