Today I switched my current account from Lloyds to Co op bank. I was just doing a bit of research on which banks have divested from fossil fuels and found out the big five were all still heavily invested. There are three banks that are fully committed to zero investment in any environmentally damaging fuel investments, one o which was co op. So I opened an account there and then.

Just bought this beaut, along with 20 spare blades for 30$. Took me from 3 month beard to clean shaven in no time, and the first blade still has life in it. So no plastic used, and only a small piece of recyclable metal per used blade. Boomshakalaka 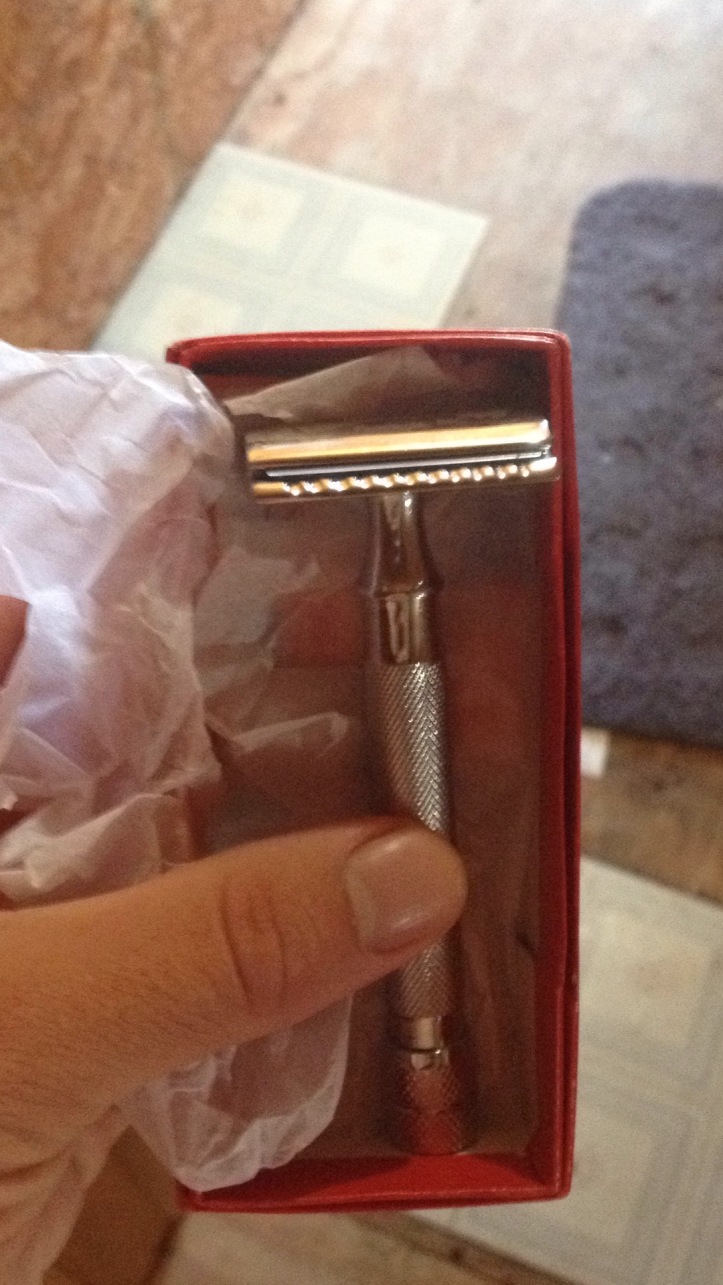 After watching a documentary on the environmental effects of the animal agriculture industry on the environment I stopped eating meat without looking back (its been over a week at the time of writing). Cutting out meat immediately cuts your CO2e output by 15-18% (as agreed by UN and IPCC). After trying for so long to cut out carbon in various ways, it was nice to know I could immediately and completely cut that amount of carbon from my life.

…ate eggs or dairy when cooking for myself – August 2016

I don’t think I will commit to becoming fully vegan as it is way too difficult when at restaurants or eating at other peoples houses. However when I am at home cooking for myself it is pretty easy. I single out eggs and dairy as they are two of the contributors to the carbon output. I have a vegan friend who doesn’t eat honey for example as it pisses off the bees. I’m not going that far and feel that whilst travelling at least, it is going to be too difficult to stick to veganism.

I considered making some of my own eco-soap during my month at home in August this year. But after looking in to it I decided it wasn’t worth it. Not only was it likely that I was going to mess it up hence wasting whatever ingredients I bought (having to heat certain things to certain temperatures and other precision stuff) but the companies producing eco-soaps on an industrial scale will be benefiting from the efficiency of mass production, and of course their experience. Long story short, I bought some castile soap online. Whilst on the website, an eco-toothbrush showed itself to me in the related products section. Knowing this was another piece of plastic I wanted to cut out of my life, but not knowing I had options, I gave it a click.

I never even thought to look for eco-toothbrushes, thinking I would have to buy non-recyclable plastic ones for the meanwhile. However I found one which is made from wood and boar bristles I think. Apparently you can chuck it in your compost after using, or anywhere I guess.

This was something I decided to do a while ago. And whilst walking through Albania and Greece, not buying water, I realised I should never buy bottled water again. Single use plastic bottles are banned in California and for good reason. I have since upgraded from ‘no single use bottled water’ to ‘no single use plastic bottles full stop’ so that includes fruit juices unfortunately. Whilst this sucks as I really like fruit juices and smoothies, I can always just buy actual fruit which could potentially incur no plastic whatsoever, so that’s a sacrifice which hasn’t been too difficult.

You can read about why anti-bacterial soap is bad for the world generally here. But my reasons before knowing this were a) bacteria isn’t all that bad anyway. I don’t remember the last time I got properly sick and I’m generally not careful with keep hands clean, not eating food off the floor etc. I put this down to my good immune system which has been reinforced through not cleaning my hands, eating food I find in bins etc. The second reason was the amount of soap and chemicals that are going in to the water system. Reducing this in any way has got to be good.

I would like to go full veggo at some point, but for now I’m only really eating meat a few times a month and if everyone were to do that, the greenhouse gases produced from meat production would be significantly reduced. Meat production is a big contributor to global greenhouse gas emmissions with red meat being the worst, cos cows fart a lot. So for now I have cut out red meat, and really only eat chicken, fish, and sometimes pork rarely.

I’m not sure how much damage the actual smoke does but I was acutely aware whilst smoking, of the toxins that are released from the cigarette butt after the fag has been smoked. An article in the New Scientist explains it well enough. Basically, when you add water (in the form of a fag butt being rained on, or discarded in the sea or rivers etc) then toxins are released in to the water systems. When concentrated they can kill fish (however I don’t think it islikely to regularly be concentrated enough- “one cigarette butt soaked in a litre of water for 96 hours leaches out enough toxins to kill half of the fresh or salt water fish exposed to them” However the fact that these toxins can be deadly in any way means to me that cutting them out is the way forward.

Not included in ‘new clothes’ are underpants and socks. But apart from that I think I can get by only buying second hand clothes. I have enough to get me by for now but I guess it will be a bit more difficult when I have to settle down and get a job, but I am going to try.

This one was a bit hard whilst travelling as there is not always an abundance of charity shops in every country like there is in England. I am going to try anyway and the shoes I have now should get me by for a long time.

Hopefully I will never have to own a car again but if I did have to, I would get something old and keep it running as long as possible. Apparently there’s a trade off between buying a new efficient car, or keeping an old car running. The argument being that its better to keep an old one going so that you don’t have a whole cars worth of scrap metal and plastic. However I’m not sure about this. Either way I haven’t owned a car for ages and will unlikely have the money for one for many years so nothing to worry about now.

For a while I’ve wanted to find a good alternative to suncream, but I remember whilst on a volunteer project, one of the other hippies was going on about how bad suncream was and how you should make your own using carrots and nuts. I lost interest and my last bottle lasted ages so I continued to use it. It’s run out now so I’ve done some research.

The sun protecting ingredient in suncream is zinc and titanium oxide. I think either of the two works fine on its own. You could buy zinc oxide cream and just use that I guess, but I figured it would be simple enough just to mix it with some sort of moisturising cream and make a nice lotion.

After a bit more digging I found a simple recipe: coconut oil and zinc oxide. You need a ratio of about 1:20 to 1:4 – zinc oxide:coconut oil to achieve low to high protection.

I believe all the chemicals in good brands of suncream are safe but to me it makes no sense to be absorbing all those extra perfumes and chemicals in to your skin. Non-nano Zinc oxide isn’t absorbed in to your skin, just sitting on top making a physical barrier against the sun, and if coconut oil gets through my skin I think I’m good with that. (Zinc oxide is also available in ‘nano’ form so maybe best to avoid that as I think it can be absorbed by skin)

Finally the price. Suncream is too expensive. I’ve looked on Amazon and can get 500ml of raw organic coconut oil for £7, and 100g of zinc oxide powder for £4. So with that you could make half a litre of strong sunscreen. Looking on boots.co.uk quickly, the prices seem to range between £5-20 per 100ml. So there you go, saving money too. Get at me in 20 years to see if I get skin cancer. For me this ones a no brainier as I rarely wear sunscreen anyway. If I was a bit more cautious about it then maybe I wouldn’t trust my own receipes so readily.

It’s just more chemicals that are going to end up in the water systems. This one wasn’t so hard to quit